I’d like to write this post about my roots. In the past two years, I’ve been to Korea at least four times due to my husband’s work. Before that, I had visited almost the same number of times, but for personal reasons.

Korea is where I was born, but having left the country for adoption when I was almost three-years old I have limited connection to the place of my birth. When I was young, I had a mild interest in the place. My genetic tastebuds [kicked in] to let me know that I have a seemingly natural love for kimchi and all other Korean food.

In fact, one of my favorite Korean food items is ‘mandu’ or dumplings, which may have originated elsewhere, but still make me so happy that I can, and do, dance when eating them. 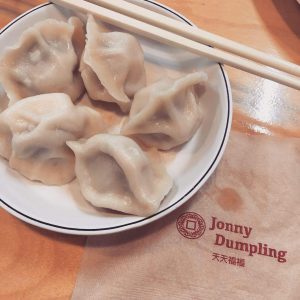 Although I have tried many times to learn the Korean language and should for all intents and purposes be able to acquire it, I know I have a mental block against it. Of all the countries I have traveled to, Korea is the only one where I feel completely relaxed not knowing the language at all. I know that I had a child’s understanding of the language as my first memory is trying to speak and not being understood. However, I have stopped forcing myself to try to understand it and enjoy the experience of what my birth country has to offer whenever I visit.

Language aside, I have a complex relationship with the land of my origins. Being adopted creates a sense of confusion for everyone involved. When I say that I am American, people from other countries – especially homogenous ones – do not want to believe me. Then, even if I admit that I was born in Korea, it does not make me any more Korean than the surface of my skin and genetic makeup. Yet, these same people want to stick a label on me and wrap me up in a box that says “She’s Korean”, when the Korean part is just the wrapping paper.

Many of us international adoptees, particularly from Asian countries, in the US jokingly refer to ourselves as ‘bananas’ – yellow on the outside and white on the inside. Of course, we could talk about the hidden racism behind assigning yellow to the Asian race, but the point is that due to our upbringing and cultural influences, we identify ourselves on the inside with Western ones.

Having now lived nearly as many years out of my adopted country as in it, through my travels I no longer really identify wholeheartedly with any country. Instead, I consider myself an international citizen with the privilege of the US passport.

Still, having visited the land of my birth more frequently lately, I find that although uprooted from there, my roots run deep and I still have a natural bond with it despite not knowing the language or fully embracing the culture.

In any case, I’m now wondering what I can make for dinner with kimchi! 😀