The Indian monsoon occurs every year between June and September in India.

The monsoon is a seasonal prevailing wind in the South and South-East Asian region and blows from the south-west direction. As India is largely an agricultural society, the monsoon has a great importance on the economy. The uncertainty regarding the arrival of the monsoon and the amount of rain it will bring leads to summer being a period of anxiety for Indian farmers. Although the spread of canals and deepwell irrigations have decreased dependency on the rains, the monsoon rains still remain critical. Even amidst this uncertainty and anxiety, the Indian people do not forget to celebrate joy and love in this season.

In this article, I will introduce some famous festivals that are held in India during the monsoon months.

The Puri Rath Yatra is an auspicious monsoon festival held in many parts of eastern India. It is celebrated on a grand scale at the Jagannath Puri temple in the state of Odisha. The Yatra (procession) is said to take away all sins and provide salvation from the circle of life and death. The Rath Yatra involves the deities of Lord Jagannath (a deity which is regarded as the creator of the world), his elder brother, Balabhadra, and his younger sister, Subhadra being taken out in a procession. This is a typical temple ritual. There are three richly embellished chariots, which resemble temple structures. These are pulled through the streets of Puri and transported to another temple nearby which is said to be the Lord’s aunt’s residence.  This festival attracts devotees from all corners of the globe. 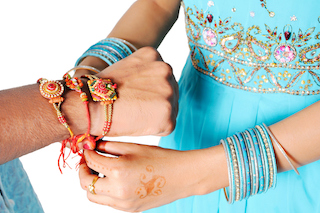 This festival, primarily celebrated in northern India, marks the love and bond shared between a brother and a sister. To celebrate the precious bond of sibling love, the sister ties a holy thread on the wrist of her brother. The brother reciprocates by giving a gift to his sister. This festival signifies the love and affection of a sister while also emphasizing the care and protection of a brother.

Each year, towards the end of monsoon, Lord Ganesha (the Elephant God) is worshipped for nine days. This is especially celebrated in Mumbai and other parts of western India. Huge idols of Lord Ganesha are raised on massive podiums. At the same time, some devotees worship Lord Ganesha in their homes. On the tenth day of the festival, the idols are taken out for a grand procession following which they are immersed in the water bodies. What makes this festival such a joyous one is the inclusion of sweets, tasty foods, dance and music.

Let’s go over some sentences using the word ‘monsoon’. 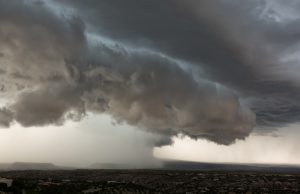 Here are five examples on how to use the word.