Can you believe it’s that time of year again! That’s right, it’s a new year. Although we’ve had several billion of them, it’s no surprise that the New Year is still a special time of year for everyone around the world, and ringing in the New Year never really gets old.

Hey, that reminds me!

Have you ever heard the phrase ring in (something)?

In my above phrasing you probably noticed the most common usage of this phrase, which is in the phrase to ring in the New year. Well, it’s a fun little phrase and incredibly common, so let’s have a look at it.

It’s easy. We simply use to ring in in the same way as to celebrate.

We rang in his birthday with a cake and flowers.

Here, rang in is used in the past tense with his birthday, to show how we celebrated this person’s birthday in the past; we ate a cake and gave the person flowers!

As for the origin of this phrase, as with many phrases in English, it has its origins in Christianity, although no one really pays attention to those Christian origins now! By tradition, Christian churches are outfitted with a tall bell tower, which holds, as you may be able to guess, a big bell! Churches are almost always located in the centre of the town or city. In the past, they traditionally rang the bell to announce times and other notable events, since households didn’t have their own method of timekeeping back then.

So, a town never truly considered that the New Year had come until it was rung in or announced by the church, with the ringing of its bell in the bell tower.

But just because this tradition has lost its importance of the years, thanks to that ever ubiquitous ‘technology’ that everyone keeps talking about, that doesn’t mean the phrase itself has gone out of fashion.

In fact, I encourage you to watch at least a little bit of a foreign broadcast for New Years. While I don’t want to make any promises, I can pretty much guarantee that you’ll hear ring in at least once in the broadcast! TV hosts seem to love this phrase even more than the Christian leaders that invented it to it!

Anyway, back to the New Year.

If you have ever been looking to start something new, or go in a new direction, the New Year is as good a time as any!

For example, try and complete something by the end of this week. Why not at least try starting something by the end of this week; it can be something like a new English course, or as simple as exercising every day. Then, once you complete this simple tasks, start extending your goals into longer terms. Pretty soon, you’ll have a goal for 2020, and the New Year. You can even take inspiration from your Olympic Athletes.

So, even though, the most noticeable difference in 2020 might simply be the different numbers on your calendar or phone’s home screen, that doesn’t mean you can’t make 2020 significant in your own way.

I already know my goal, and I’ll share it with you next month.

But, how about your goal? How are you starting small, and then expanding it to fill the entire year?

I want to know! 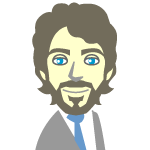