Just as India’s culture is diverse, so are its national parks.

Did you know that here are 103 national parks in India?

The country holds a record of hosting the highest number of national parks in Asia. Many tourists flock to these parks as they are reserves for some rare species. Some of the rare animals you can see in India’s national parks are Asiatic lions, Bengal Tigers, one-horned rhinoceros, and many marine animals. Tourists from all over the world come to India to take look at these stupendous creatures. Also, in addition to animals, these parks also have some wonderful birds, marine life, and flora and fauna.

In this article, I will talk briefly about some of the most famous parks in India. 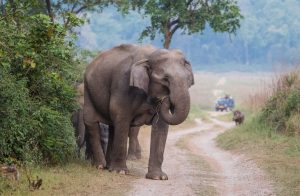 This park hosts a huge variety of flowers and animals and is located amidst the foothills of the Himalayas. It is famous for rare tigers and many wildlife photographers come to this park to take pictures. The Corbett National Park is famous for Sambar deer and Indian hog deer.

This is one of the most famous Indian parks and contains some majestic tigers. It is famous for its Jungle Cat.

This park is a UNESCO World Heritage Site. It hosts the Project Tiger Reserve, Elephant Reserve and a Biosphere Reserve. It is famous for Assam macaque.

This park was initially set up as a tiger reserve. It is one of the most beautiful parks in  India and is famous for its elephants as well as tigers.

This park is famous for its friendly tigers. It is well known for jackals and tigers.

This is a beautiful tiger reserve and used to be a hunting ground for ancient princes and kings. It is famous for its barking deer and sloth bear.

This park is located amidst the Aravalli Hill range and hosts forests, cliffs and rock landscapes. It is famous for leopards and jungle cats.

This park contains majestic Asiatic lions. Apart from lions, there are other animals.  It is also famous for its four-horned antelope.

This park is covered by abundant green pastures and beautiful deciduous forests. It is home to deers, elephants and tigers.

This park is famous for its beautiful mangrove forests. It also hosts the famous Royal Bengal Tigers. It is also famous for hyena.

This park is famous for reef herons and black-taped tern and is also a marine life conservation area.

This park hosts a huge range of endangered flora and fauna. It is famous for its tigers and Indian bisons.

So what is the word I would like you take away from this article? it is ‘parks’.

Here are some example sentences