Hello, this is Simon.

Since the states of emergency have been declared in Japan all of our lives have changed. For some strange reason, it seems I have become a lot busier in my daily life, giving me little time to ponder. As a result, I was completely stuck for ideas this month, so I thought I’d write about how life has changed recently.

I live in Aichi Prefecture, which recently declared a state of emergency. As a result all lessons at my other job were canceled, meaning I am at home every day. My daughter goes to daycare, but as part of the state of emergency we have been asked to refrain from taking our children to daycare where possible, so as of last week I became a stay-at-home-dad. This is a shame because my daughter really enjoys going to daycare. She has been learning so many life skills from her teachers and through interactions with other kids. It’s impossible to recreate this environment at home. The closest I can do to is to try and keep her in her basic routine that she’s been doing there for the last year.

Spending the day with me could never be a substitute for a day with her friends and teachers, but I have found a few positive things that have come from her being at home every day.

I’ve never really made a concerted effort to teach her English, but now that she’s two years old, she is picking up new words at quite a pace. It’s a great opportunity to have her in an all English environment for the day. I don’t really have a strategy, except to use it as much as possible around her. On the first day we read books. She chose ”Brown Bear” “The Wonky Donkey” and “Too Much Poo!” – all great choices. I was happy to see that she wanted to return to read each book many times over. She picked up a few words just in that time. After reading ”Brown Bear”, I asked her to point to the animals and colors that I said, and was surprised that she knew almost all of them. I was aware that she knew some animal names, but was surprised she could identify colors. We’ve been going outside for a walk every day, so I point out different things we see and she repeats them. And also, the Japanese phrases that she commonly uses I’ve been getting her to repeat in English. Now, when I ask her if she wants something to eat, instead of her favorite “Dame” she has started saying “No thank you”. It’s a nice improvement.

All of my family are in New Zealand, which is currently in a state of lockdown. Usually, I call my mother every couple of weeks, and other family members less often. I almost always call them on weekends because of the time difference between Japan and New Zealand, and the fact that everyone works during the week. Now, they all have plenty of free time, and so are available to talk pretty much anytime. They are also happy to get a call because it is a break in the monotony of being stuck at home all day. I figured this would be a great time for my daughter to get to know her relatives in New Zealand. We’ve been Skyping a family member every day or two. She has just reached the age where she can communicate with them, and after a week of Skyping family, she now knows all of them by name and can even recognize their voices. It’s nice that everyone has the time to do this, and I think she will really enjoy meeting them all in person when we can next go back to New Zealand.

Learning more English and talking with family are great, but more than anything, that’s great chance my daughter and I to spend a lot of time together. Normally I only see her in the mornings and late at night when I get home from work. Of course there are the weekends, but I usually also have many other things I have to do as well. Now, on the weekdays we have many hours together, and so far I must say I’m really enjoying it. Our morning outings, playing with toys, singing songs, having lunch together, and the daily struggle of trying to get her to take her afternoon nap. She is becoming quite the Daddy’s girl, which is a worry though.

These are tough and uncertain times, and spending all day with her means I have to work late into the night, to catch up on backed up work. I’m getting a lot more tired these days, but on the flip side I really do feel that I have been given a rare and precious opportunity to be with and get close to my daughter. So, I’m going to make the most of it while it lasts.

Below are some words or phrases that may be useful:

To “ponder” means to think carefully about something, often for a long time. We can ponder something before making a decision or reaching a conclusion (e.g. It was a difficult question, so l had to ponder it for a while. / He would often spend many hours pondering the meaning of life. )

“stuck for ideas / stuck at home”

“Stuck” is the past form of the verb “stick”. It has many meanings, but one of them is to be trapped somewhere or unable to move. To be “stuck at home” is pretty easy to picture as many people are confined to their homes at this present time. To be “stuck for” something means to be unable to think of what to say or do (e.g. She was stuck for words. = She didn’t know what to say. / He was stuck for an answer. = He didn’t know how to answer.)

The verb “refrain” means to avoid or stop yourself from doing something. (e.g. They asked me to speak, but I decided to refrain. / I lost 1 kg of weight after refraining from midnight snacks for a month.)

To “make an effort” means to try hard in doing something. A “concerted effort” is a determined and serious effort (e.g. The government is making a concerted effort to reduce the number of COVID-19 cases.)

“make the most of it”

When we “make the most out of” something, we use or enjoy that thing as much as possible (e.g. Since we have all of this free time, let’s make the most of it. / She decided to make the most of her time abroad by working part-time in the service industry.)

I hope you are all keeping well.
Stay safe, and take care till next month! 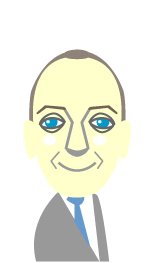