India is a land of many dances. There are several major classical dances that are practiced by many people across the country. Dance is an ancient art form in India.

Let’s talk about six of the most important classical Indian dances.

Bharatanatyam originates from the southern state of Tamil Nadu. Its origins can be traced back to the Natyashastra which is an ancient treatise written by the priest Bharata. The topic on which the treatise was written was theatre. This dance is frequently used to communicate Hindu religious stories and originally, it was a temple dance performed by women. It achieved prominence once again in the 20th century. What are the dance movements like? It is characterized by bent legs while the feet keep rhythm. Hands are used to tell a story using symbolic gestures.

Kathak is from the state of Uttar Pradesh in northern India. It is a dance to celebrate love. Both men and women perform it. This dance form involves complex footwork enhanced by bells fitted around the ankles. Kathak has its origins in professional storytellers called Kathakas, who utilized a combination of song, drama and dance. It started as a temple dance but later moved to the courts of the ruling houses.

Kathakali originates from the state of Kerala in southwestern India. It is a religious dance and draws inspiration from mythological stories. It is traditionally performed by boys and men. This holds true even for female roles. The makeup and costumes are particularly elaborate. The faces are made to look like painted masks and there are huge headdresses involved. 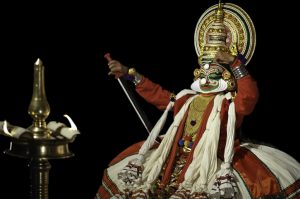 Talent in both singing and dancing is required to enact this dance form. It is a highly ritualized dance originating from the state of Andhra Pradesh in southeastern India. The introduction involves songs and dances, while holy water is sprinkled and incense is burned. This is done along with invocations of goddesses. Although this dance was traditionally performed by men (even for female roles), it is currently predominantly performed by women.

Odissi hails from the eastern state of Orissa. It is enacted by women who make various postures replicating those found in temple sculptures. It is believed to be the oldest of the surviving Indian classical dances. This dance is highly complex and over 50 symbolic hand gestures are generally used. 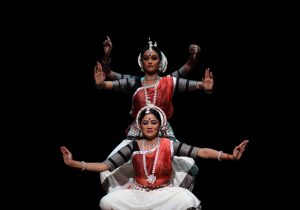 Manipuri is from Manipur in northeastern India. It has its origins in Manipur’s folk rituals and traditions. It frequently enacts scenes from the life of Krishna, an important Hindu god. Manipuri is marked by graceful and fluid movements. Females especially use the arms and hands while males use more forceful movements. It is often accompanied by singing and chanting.

This is a classical dance that developed in the southern Indian state of Kerela. It is characterized by an elegant and feminine style of dancing. Mohiniyattam derives its name from Mohini, who is a female avatar of the Vishnu, a very important Hind god. Performed by female dances, it is a solo dance. It communicates a play through singing and dancing. The song is sung in a language called Manipravala which is a mixture of Sanskrit and Malayalam. The recitation is either carried out by the performer herself or by a vocalist.

As you can see, India is home to many classical and ancient dances. Some of the dances I talked about are Bharatanatyam, Kathak, Kathakali, Kuchipudi, Odissi, Manipuri and Mohiniyattam. It is a great thing that even with rapid modernization and swift changes in technology, these dance forms have retained their charm and continue to remain wildly popular and loved.

So, what is the word I would like you to remember for today? It is ‘dance’. Let’s take a look at some examples.

⒉ My hobby is dancing.

⒊ I enjoy dancing at parties.

⒋ He is talented at dancing.