Hi it’s Min here! How many of you have experienced homesickness?

I know I have, but it’s not exactly ‘homesick’.
There’s not really a right term for what I am feeling right now – it would probably just be referred to as ‘longing for’ or ‘missing’ something.
If ‘homesick’ refers to the distress of missing home when abroad, what would the opposite be called?

When I was 15, I went on an exchange program to Japan for a year.
I lived with a Japanese family, went to school like all Japanese high school students would, and even joined an extra-curricular activity or 部活.

Throughout the year I was in Japan, I did not feel homesick at all.
I guess I was really immersed and caught up in the whole experience of being in a country that I have never stepped foot in before.
I know many other exchange students were amazed by the bidet toilets, but I remember being more fascinated by the existence of Japanese dialects (田舎に住んでいたので).

Since I had only been learning Japanese for two years before my exchange, I assumed there was only one form of Japanese, the standard Japanese or 標準語, that I was taught in school. So when I got to my host family’s place, I literally couldn’t understand a word they were saying and thought to myself how bad my Japanese was!

But anyway, one year passed and it was time for me to head back to Melbourne. I started to develop symptoms of homesickness when I came back home.
I would get so happy when I stepped into a Japanese grocer or an Asian grocer that stocks Japanese food (even though they are overpriced). 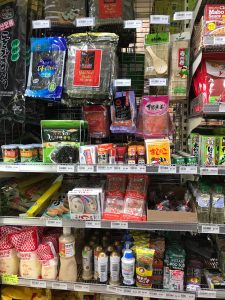 A Japanese food section at my local Asian grocer

Lucky for me now, all supermarkets in Australia stock some kind of Japanese food. The most common ones would be instant miso paste, nori sheets and wasabi paste.

But then I realized what I was missing wasn’t actually the food I had in Japan.
It was more due to the fact that I have experienced so much there – every day was a new experience – then suddenly coming back to a more routined lifestyle that was making me miss Japan.

More than ten years have passed since my high school exchange and even till today, I do miss my time in Japan. I just try to incorporate some form of Japanese, be it the food or culture, into my everyday life. The photo below is of a Sakura tree in Melbourne. 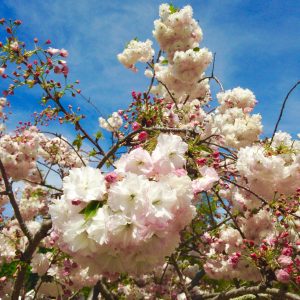 Well, like they say, “Home is where the heart is.” There are many ways to interpret this. For me, I believe a home is not just where we grew up in, but where we feel most at home. And having lived in a few countries before, ‘home’ to me is not fixed in one place or country. So if Japan is my second home, I guess what I’m feeling now could be termed ‘homesick’.

Hi, I am Min and I live in Melbourne, Australia.

I am a freelance translator and during my time off, I like to run, swim and do crafts.

Hi, I am Min and I live in Melbourne, Australia. I am a freelance translator and during my time off, I like to run, swim and do crafts.