I guess we would all agree that walking is one of the simplest activities a person can do.

We do this so often, and we don’t even think about it, like when we stand up and walk around our apartment/home after we wake up. And then of course we walk when heading for school, work, the train station, and the list goes on.

Apart from those daily shorter or longer walking sessions of ours, some of us also do it in our spare time, as an actual and often a fun activity, and here I’d like to share with you how it’s become something I really enjoy doing, either alone or, and especially, with my wife.

I wasn’t really into walking until several years ago when my wife experienced some serious pains in her lower back (sort of progression of a condition that had been going for years by then) to such an extent that she was almost unable to move for a couple of days.

It was when the doctor she was consulting strongly recommended her to walk more in her daily life if possible. And so one day she decided to get to her office on foot instead of commuting by train (approximately 4 km, partially due to a fear of causing the pain to return accidentally in a crowded train with people pushing their ways in or out), and she basically had done that for few years until she changed jobs and the distance increased significantly.

The pain and related anxiety gradually completely disappeared, and I myself started walking more, initially just to accompany her but later out of pure enjoyment.

Whenever we had free time, mainly on weekends, we would try to get to our destination (within a reasonable distance) on foot, taking alternative paths when possible, and then we’ve also started discovering our city more, and asked ourselves why we hadn’t done that before. We’ve been doing that ever since. 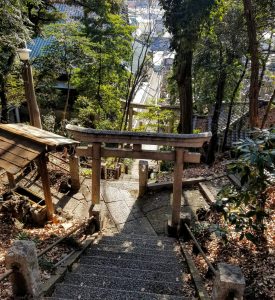 Seeing hidden backstreets for the first time, discovering there small parks or ponds, houses or other constructions of unusual type, temples and shrines, rare old cars, or just coming across very friendly cats can actually be quite fun. 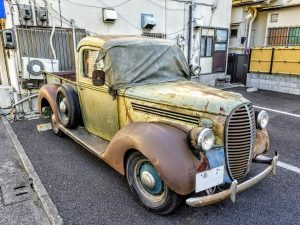 Here I’d like to mention some positives of doing that, such as it being a physical activity and bringing some health benefits, getting to know your area better (discovering new ramen shops, recycling stores, and so on), or saving few coins by not taking a train/bus. And at certain times of a year, we can additionally enjoy some beautiful views of things such as autumnal leaves or blooming cherry trees.

Now let’s see how the base word I’ve used today, “walk”, may often appear in our daily life:

If you would like to learn more useful and common expressions or English in general, just click here!