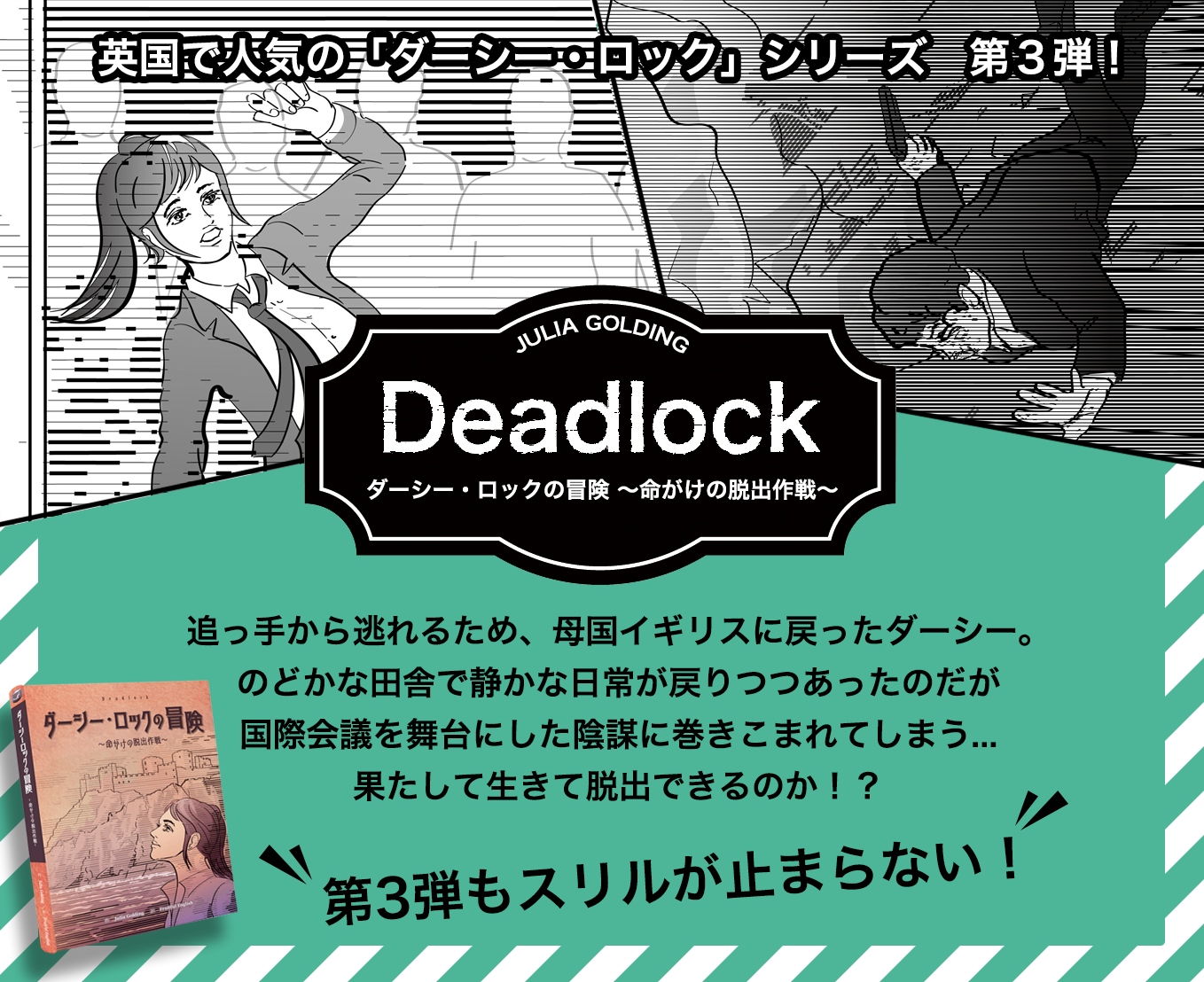 Do you start with the character or plot? Do you know what is going to happen at the end before you start writing? Do you plan meticulously or just write what you feel at the moment?

Versions of all these questions are what authors are often asked so I thought you might like to hear some of my answers. Other writers will of course have developed their own approaches that work for them, but I have a few habits that work for me so they may suit you too if ever you sit down to write fiction.

I tend to start with character. I find that decides the plot in most cases. The question ‘What would Darcie do in this situation?’ is the door I walk through to the next scene. For example, the beginning of Deadlock starts with her staying with Stingo’s parents. What kind of guest would she make? How would she fit in at her local school having come from the high-energy world of her recent adventures? What would her feelings be towards her own parents now? That is the opening set of questions that set up where the plot goes as I explore all of these to set the scene.

Naturally, I had an idea of what the main dilemma would be ? peace talks that go wrong ? but there are lots of ways of getting to that crisis. What you don’t want in a spy thriller though is areas of slack water where you seem to drift. Darcie has to be driven there, shocked out of what is her normality ? so I came up with a reason for that which fits with the world she is in.

And did I know how it would end? Not exactly. I have what you call a sense of the ending before I start, but the exact way that takes shape is left for the first draft and when I reach that section. I have once written a book ? an historical novel called Wolf Cry - where I knew one of the main characters would have to die as it was a Viking Saga and that is the right ending for that kind of story. I did not know who I was going to pick though, and that had to be worked out as the story threads came together. The answer was shocking ? to me and probably to the reader. I think J K Rowling has described something similar when she was deciding who would die in the last battle of Hogwarts. She mentions having reprieved one character whom she had been planning to kill off.

Don’t worry as you start Deadlock ? I use the ultimate authorial power of death very sparingly!

As for the answer to the planning question, I tend to do a lot of background reading first. In this book, I read about Central Asia, using travel writing as my main source. I let all these tales mix together so I have a background in which to place my characters. I also drew on some personal travel memories that seemed relevant. I then let some of the details of new characters emerge, such as her allies among the Grandmothers. Too much planning can kill off inspiration so I like to leave freedom to take new paths I didn’t anticipate.

Writing is like a walking journey, a question of putting one foot in front of another and keep going until you arrive. Don’t let the distance put you off. The journey that takes longest is the one never started. Perhaps you might now have a go at making your own?